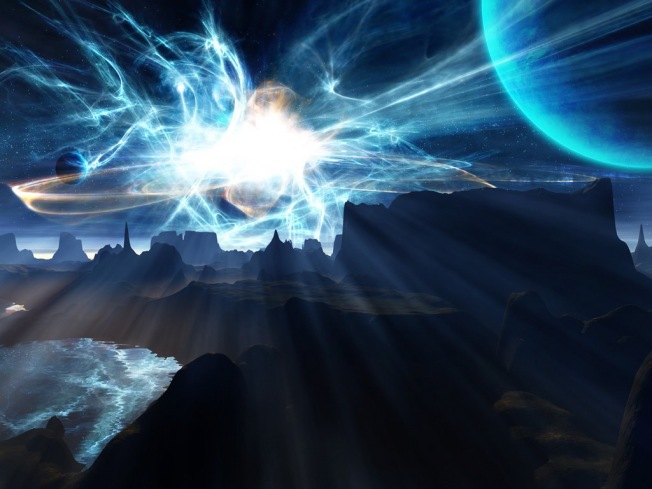 A quantum leap in humankind’ s intellectual development occurred in Sumer 6000 years ago when cuneiform writing was invented in order to record a dramatic starburst. Every pulsating thrust of the technology with which humankind surrounds itself today was initiated when a star died in a dramatic, brilliant explosion. The psychological and cultural impact of the supernova on the inhabitants of Sumer was overwhelming. Literally “overnight” in evolutionary terms, the Sumerians gave the world a law code, the first love song, the first school system, the first parliament, and the first directory of pharmaceutical remedies. The origins of contemporary Western culture were nursed in Sumer, the cradle of civilization. The roots of the Judeo-Christian religious beliefs grew from the “tree of knowledge,” the Garden of Eden, which tradition places in that same area. Today astronomers recognize the nearest and brightest supernova ever witnessed by humankind as Vela X, now a faintly flashing pulsar about 1300 light-years from our solar system. George Michanowsky, a specialist in Mesopotamian astronomy, saw how the very first and most fundamental symbol of Sumerian script was one which represented “star.” He went on to show how the first word ever written by a human soon became linked with the symbol for “deity,” thus communicating “star god.” Michanowsky saw the death-blaze of Vela X to have been such a profound sky show that it became a “cultural organizing principle” that forced human knowledge to take a dramatic leap forward.

For All Who Love The Mystery & Magic Of Life